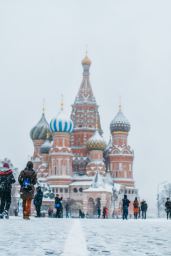 On the 18th of October, the Criminal Chamber of the Spanish High Court (Audiencia Nacional) passed the ruling No. 36/2018 acquitting several individuals and companies accused of money laundering offences under articles 301.1º and 302.1º of the Spanish Criminal Code.

The initial Police investigations were focused on the activities of a number of Russian citizens (not under trial) who established themselves in the 90s in the region of Marbella and were deemed by the Police to be members of the “Tambovskaya” and “Malyshevskaya” organisations, which allegedly financed themselves with the proceeds of crime (including, among others, arms trafficking, extortion, fraud, forgery of documentation, influence peddling, bribery, illicit negotiations, drug trafficking, offences against public finances, fraudulent decapitalisation of companies, etc.).

The defendants in these judicial proceedings had provided professional cooperation and aid in order to collect, manage or reinvest in Spain funds originating from foreign bank accounts. In particular, they had provided legal consulting, accounting, and taxation services, as well as assistance of Russian translators and secretaries to the alleged chiefs of the aforementioned criminal organisations.

Contrary to the opinion of the Public Prosecution Office, the Court considers that the participation of the defendants in the mentioned facts has not been certified.

The main arguments used by the Spanish High Court in the aforementioned Ruling in aims to justify the acquittal for the money laundering offence, are based, firstly, on the fact that, despite the existence of the “Tambovskaya” and “Malyshevskaya” criminal organisations, it cannot be proven that the accused were members thereof nor of any other criminal association related to money laundering activities of either organisation.

Moreover, the High Court states that “no proof has been provided to certify that the corresponding accused parties participated in the charged businesses and legal activities, knowingly purchasing, acquiring, using, exchanging, or transferring assets originated from an offence or a criminal activity, or knowing said individuals were hiding or disguising the illegal origin of any asset, or assisting the participating individual of such violation or violations to avoid the legal consequences of such actions, neither from a position of carelessness nor by being in a position of deliberate ignorance”.

In the judgement under analysis the Court acknowledges, firstly, that with regards to the subjective factor (mens rea) of the money laundering offence under article 301.1 of the Spanish Criminal Code, it implies knowing the origin of assets (originating from an offence), and highlights that criminal intent, which must be proven, is the result of the existence of sufficient data or evidence to confirm the knowledge of the source of the assets object of money laundering, having accepted recklessness as a form of guilt.

Thus, the Spanish High Court states that, “nor in the general sense of the term “criminal activity” can we determine that the presented evidence proves that the assets acquired, exchanged, transferred by the accused individuals or those used to carry out or collaborate in trading or commercial activities, in the form described by the prosecution, originated in any criminal activity, either perpetrated by the latter or a third party, nor by the associated criminal organisations known as “Tambovskaya-Malyshevskaya” nor, therefore, is there any possible representation of the existence of a relationship between such assets and criminal activity or the existence of an illicit source of the money”.

The High Court goes on to justify its statement by adding that the foregoing were professional actions carried out by the accused individuals under their corresponding scope of activity and that “as strange, unprofitable, or unconventional such trading or commercial transactions performed by the accused individuals may be, there is no money laundering offence if no evidence of the source of a criminal action of acquired, exchanged, transferred, hidden, or disguised assets is provided”.

For the record, the High Court also provides that the "non bis in idem" principle would have impeded to apply simultaneously the aggravated subtype of money laundering under article 302 of the Spanish Criminal Code with a criminal offence of unlawful association.

The above is established despite the submission of reports by the police intelligence, ratified by national police officers and Spanish Civil Guard of the Drug and Organised Crime Unit during the oral proceedings, who confirmed that the accused individuals were linked among them and with the “Tambovskaya” and “Malyshevskaya” criminal organisations. Nonetheless, the Court concludes that “said evidence, assessed along with other elements of proof, does not give way to an unequivocal and firm conclusion  of guilt for the corresponding defendants under trial”.

In any event, given that the Spanish High Court does not consider proven an element of necessary concurrence and key to classify the behaviour as money laundering (which is that the assets or funds must come from a previous criminal activity), this leads the Court to order the acquittal of all defendants.

On a different subject, in this judgement of 18 October 2018, the Spanish High Court makes an interesting note regarding the alleged ongoing or continuous offences of money laundering, stating that, based on a legal principle established by the Supreme Court Judgement 974/2012 of December 5, 2012, when the objective of an organisation is in itself to launder money (to introduce the proceeds of crime in the legal economic circuit), this goal is obviously not achieved with a single action, but with several actions, therefore the members of the organisation cannot be punished as authors of an “ongoing” or “continuous” offence (punished with a higher penalty), but as authors of a single offence of money laundering.

In our opinion, this judgement is technically solid and particularly necessary in times when unusual investments are too often regarded by Police authorities as potential acts of money laundering, without any prove whatsoever, or only very superficial evidence, of the existence of a prior offence.