Spanish High Court refuses extradition of a businessman to Kuwait 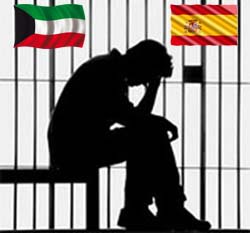 Bashar Kiwan, former business partner of Sabah Jaber Mubarak Al-Sabah, a member of the royal family and son of a former prime minister of Kuwait, was convicted in Kuwait of forging company documents of a company in which his former business partner had a 51% share. He was sentenced in his absence to seven years´ imprisonment with forced labour.

Bashar Kiwan was arrested in Madrid in March 2019 at the request of Kuwaiti authorities, who requested his extradition to serve the sentence.

The Spanish High Court (Audiencia Nacional) rejected his extradition on the basis that Kuwait had not guaranteed a second trial as required by Spanish extradition legislation in some cases where the requested person was tried in his absence.

Extradition was also refused because the Spanish High Court (Audiencia Nacional) found that a forced labour sentence violates per se the fundamental right to dignity and physical integrity.