Criminal conviction of a bank involved in money laundering in Spain 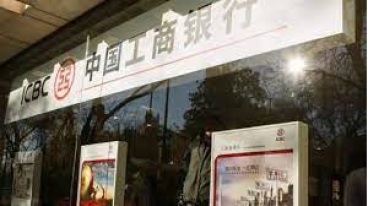 This interesting judgment convicts several executives and employees of the Spanish Branch of ICBC - INDUSTRIAL AND COMMERCIAL BANK OF CHINA ("ICBC"), as perpetrators of a money laundering crime under articles 301.1 and 2, and 303 of the Criminal Code. The defendants pleaded guilty and expressed their conformity with the penalties requested by the prosecution, being sentenced to short prison sentences and fines, although the prison sentences were later also replaced by fines.

The Court establishes that during the years 2011 and 2012, the defendants had facilitated the deposit by organizations constituted by Asian nationals of considerable sums of cash derived from business operations in the black market, which were then transferred abroad by ICBC through accounts of instrumental companies and other means. These operations were carried out by ICBC managers in breach of money laundering prevention regulations, in some cases even using the bank's own internal accounts for the operations. In this way, ICBC Spanish Branch consciously served as a laundering channel.

The measure of article 129 of the Criminal Code imposed on the Spanish Branch of ICBC:

Article 129 of the Criminal Code provides for the imposition of one or more ancillary measures on the companies or organizations (even if they do not have legal personality) within which the offense was committed, referring to the penalties provided for in Article 33.7, c) to g) of the Criminal Code.

Pursuant to this article, the Public Prosecutor's Office requested that the Spanish branch be disqualified from obtaining public subsidies or aid, from enjoying tax or Social Security incentives and benefits for two years, as a post-criminal security measure pursuant to article 129 of the Criminal Code, in relation to paragraph 7, letter f), of article 33 of the same.

No measures were requested for ICBC Luxembourg (parent company) as it was considered proven that it was unaware of the practices of the Spanish branch and that it only became aware of them when it was revealed that the police had searched the offices of the Spanish branch. In addition, it is considered proven that ICBC Luxembourg carried out substantial changes in the prevention of money laundering and regulatory compliance and promoted in-depth reviews of the client portfolio, making dozens of reports of suspicious transactions to the Spanish supervisory authority for the prevention of money laundering (SEPBLAC). 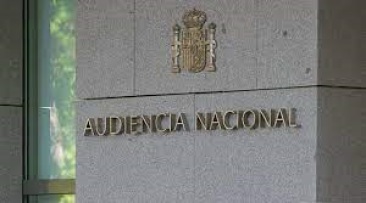 At the trial, ICBC objected to the imposition of this measure, alleging lack of necessity, proportionality and adequacy. In particular, it argues that it had implemented changes in banking practices in relation to cash deposits, that it had made profound organizational changes to substantially improve its anti-money laundering compliance model and that the measure imposed was not proportional, adequate or effective, since the disqualification from obtaining subsidies and public aid, tax or Social Security benefits or incentives would not be suitable to prevent the commission of new crimes.

The Court first analyzes the appropriateness of adopting, in general, a security measure materialized in the ancillary measure of Article 129, in relation to Article 33 of the Criminal Code, concluding that there are no substantial objections to this possibility derived from the principle of legality.

The Court understands that the request for the measure by the Public Prosecutor's Office is based on the fact that it considers that there is a risk of the commission of new crimes within the entity.

Although the Court recognizes that the substantial improvement of the compliance and internal control systems carried out within the entity (promoted by the parent company) reduces the risk, it understands that this does not imply that any future risk of instrumentalization of the Spanish branch for criminal purposes disappears.

With respect to the suitability of the security measure, the Chamber confirms that it is of very short and limited scope, stating that "the catalog of ancillary measures provided for in Article 129 with its reference to the limited list of Article 33.7, gives few options to establish a security measure of real effect and effectiveness against all possible criminal risks" but that it cannot be considered that the measure "specifically requested by the Prosecutor, much less severe than others provided for in the rule, is inadequate because it is useless, which it is not, although it should be considered of limited effect". It therefore considers that the measure is neither disproportionate nor useless, even if it is very limited in scope.

For these reasons, the Court considers it appropriate to impose the ancillary measure and sentences the Spanish Branch of ICBC as requested by the Public Prosecutor's Office.