Criminal Prosecution for Drink-Driving in Spain 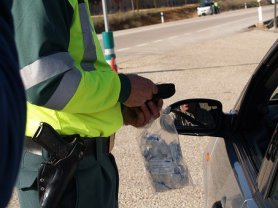 Under Spanish Law, driving whilst under the influence of alcohol can be either a criminal offence or an administrative infraction, depending on the circumstances and in particular, the content of alcohol found in the driver’s breath or blood.

It is a criminal offence under section 379.2 of the Spanish Criminal Code to drive a motor vehicle or a moped under the influence of alcohol or with a breath alcohol content above 0.60 milligrams per litre or, a blood alcohol content above 1.2 grams per litre. The penalty for this offence is either imprisonment from 3 to 6 months or a fine from 6 to 12 months, or community service from 31 to 90 days and, in all cases, a driving ban of from one to four years. Usually the penalty imposed with the driving ban is a fine, which in theory is based on income. An amount per day will be set by the judge and multiplied according to the number of months. For example, if the fine imposed by the judge is six months at a daily rate of EUR 10, the total fine will be six months = 6x30 days = 180 days at EUR 10 = EUR 1800.

Although according to section 50.5 of the Spanish Criminal Code the judge can impose a fine of between EUR 2 and 400 per day, in practice the daily rates usually range between EUR 5 and 10.

Refusing to take the alcohol test when required by a law-enforcement officer is also a criminal offence (section 383 of the Criminal Code) and may be punished with a term of imprisonment of from six months to one year and a driving ban of from one to four years.

When you are stopped by a police officer either for random tests or because of suspicion of drink-driving or an accident, usually two consecutive breath tests are performed. If after the first test, the results show a breath alcohol content above the limits (0.25 milligrams per litre, or 0.15 for professional or newly qualified drivers) or the police determine other symptoms of drunkenness (slurry speech, alcohol smell, etc.), a second breath test will be performed after about 10 minutes to confirm the results. These test results will later be used as evidence. The driver is entitled to request a third test (usually a blood test at a hospital or medical centre). If the result of this third test confirms the previous results, the driver will have to pay the costs.

The devices used by police to test the alcohol breath level are standard authorised devices and their results very difficult to contest. However, it is always advisable that a lawyer check whether all requirements have been complied with.

When the police determines that the case should be prosecuted as a criminal offence, there will be court proceedings and you will be summoned to attend. Usually it is a speedy trial and the defence lawyers will check whether it is in their client´s interest to plead guilty in exchange for a reduced sentence. It is also possible that in this speedy trial the court award compensation for damage caused (usually paid by the Insurer, who will be represented at the proceedings).

If criminal proceedings end with a conviction for drink-driving, no administrative punishment may be imposed as the ne bis in idem principle applies (no one can be punished twice for the same acts).