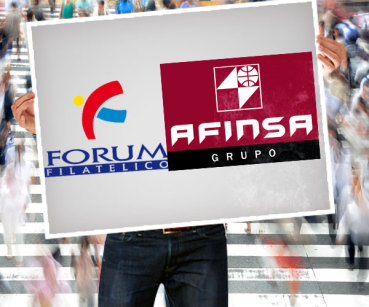 Fórum Filatélico and Afinsa: Over 10 years of litigation

Over the last few years, the Press has spotlighted two major cases of pyramid schemes at national and international level: Afinsa and Fórum Filatélico. Although separate entities, these two companies shared the same modus operandi and both were placed in receivership on 9 May 2006 by order of Central Examining Magistrate’s Court number 5 in Madrid, in what was known as "Operation Atrium”, prior to referral for alleged fraud, money laundering and criminal insolvency.

The cases came to trial more than a decade after the receivership order. Those found responsible at Afinsa were sentenced in 2016, the judgment being ratified on 21 November 2017 in ruling 749/2017 by Supreme Court Criminal Division Section 1. (Click here to see a full summary of the judgment in Spanish).

The verdict was 8 years of imprisonment for the company’s principal executives and 2 years for an accessory to the offences. The guilty parties were also ordered to jointly and severally indemnify the company’s 190,022 small investors with 2,574 million euros, and Afinsa Bienes Tangibles, S.A. was declared vicariously liable for the payment of that compensation.

The case of Fórum Filatélico has hit the headlines more recently. The trial began in September 2017 and will continue at least until the spring of 2018.

The objectives, the resources employed and the results obtained were almost identical for both companies.

Fórum Filatélico, founded in 1979, received several highly prestigious awards, including the Dun & Bradstreet Prize for Best Spanish Company, the Golden Master award for the company chairman and that of the Spanish Chamber of Commerce in France. It also sponsored a well-known basketball team and a number of major sporting events, with the full support of many highly respected, influential public figures in Spain. Over the years, the company had no difficulty in generating the confidence it needed to attract so many small investors.

In those days, more than thirty years ago, information was much less readily accessible and could not be called up at the click of a mouse as it can today. Hundreds of thousands of savers willingly invested in a tangible product: postage stamps. It was a product that offered guarantees, a product endorsed by the company’s prestige and longevity, and a product which, they were told, also provided tax benefits.

The stamps were sold as a safe investment. Customers purchased lots which increased in value with time, offering a higher return than that then offered by banks, and which, furthermore, were affordable to a large sector of the population.

Fórum Filatélico presented itself as an extremely trustworthy, solid entity, and many investors, from widely varying social and cultural backgrounds, confidently chose to invest their savings in it. But in so doing they were unwittingly participating in a pyramid scheme.

The money invested by new customers was used to pay the returns on the original customers’ investments, and this continued year after year, while the company's profits grew and grew.

It remains to be seen what judgment will be passed for the thirty-odd defendants in the Fórum Filatélico trial. The judgment is expected to be delivered towards the end of this year.

Many customers and suppliers were surprised by the suddenness with which Fórum Filatélico and Afinsa were put into receivership. The operation led to the immediate collapse of both companies, whose inventory values plummeted. Even today, it is still not clear how the Spanish authorities allowed this audacious, high profile business to go unchecked for decades.